Changu; best place to explore mixed culture in one society

Changu or the Changu Narayan, whatever you call it, it expresses the same. It’s like, calling the same person by the different names. But, most people prefer to call it Changu rather than adding Narayan to it. Besides that, it is also called Dolagiri.

Well, amongst all the golden places of Bhaktapur, this place surely comes in the first place. Of course, after the Bhaktapur Durbar Square. Cause, these two places are very famous in this vicinity. Both of them are enlisted in the UNESCO World Heritage Site in 1979 A.D.

Changu somehow is fairly unique from any other place of Bhaktapur. It holds an antique architecture in the name of Changu Narayan Temple. Similarly, the surroundings, it is simply the perfect closure of nature.

With that, it has both a modern and ancient living culture. It is a developed destination but at the same time, it is remote too. It unquestionably is a complex composition. That is of ancient, modern, and natural scenarios.

The religious aspect of Changu

The presence of the evidence counts the Changu Narayan Temple, as the oldest temple in Nepal. That summarily has a unique architecture and religious belief.

Mostly, the Hindu people from different places visit this place, time and again. They do their visit chiefly in  Haribodhini Ekadashi, Naag Panchami, Janai Purnima, Mahashanan, Jugadi Navami, and alike festivals. Besides that, the local people conduct their daily pujas, over there.

In Nepal, if there is a very popular religious place and has no myths about it, then you must know that you are missing erudition. Yes, it is obvious in Nepal. That every religious pilgrim has its individual stories. And, here the Changu Narayan also has its one.

This is where the story begins…

According to which, once a brahmin named Sudarshan traded out his cow to a gwala. Here, gwala means the cow herder. When the gwala bought her, he felt so happy. Formerly, he started to take her to the champak forest for grazing. Because of the good availability of green grasses and plants.

He had a thought as if he fed her good grasses,  and she’ll honor him with a good amount of milk. But, that thing anonymously never happens to him. He continued grazing her in the forest. But, the result, wasn’t satisfying for him. He got a tiny portion of milk, as usual.

He was so disappointed this time, thus decided to call Brahmin Sudarshan. As soon as the gwala call him, Sudarshan gave his attendance at the gwala’s place. Then the gwala describes all his problems to the brahmin. Considering the words of gwala, both of them decide to go and check out for the activities of the cow.

As per the planning, they followed the cow while grazing. Surprisingly, they saw a very unnatural incident. From an old champak tree, a black shaded boy egress and drank the milk from the cow.

The reason behind the incident

After observing all these things, there were sure that the boy is no human. Perhaps they think he could be the devil. That’s why they decided to cut down that tree from where he egress and did so. But, the tree starts to bleed as they cut it.

That incident made them so anxious that they started to cry aloud and asked for forgiveness. In the meantime, the Lord Vishnu or the Narayan appeared in front of them and explained everything about these incidents.

He explained that he was cursed when he accidentally murdered the Sudarshan’s father during his hunt. He was tugged over there since then. And, forthwith was freed from all his sins, because of them.

Subsequently, hearing all these things, they finally got some relief in their faces. Afterward, they established a small temple in that arena and worshipped it as the Changu Narayan temple. Where the descendants of Sudarshan brahmin continues became the priest and descendants of the gwala continues to be guthiyars.

Things to do in Changu

As we now, know that Changu is such a complex composition of nature, culture, and modern lifestyle. Your choice of being there could make you do so many things like:

Hiking is the best thing that Changu can offer after religious realization, of course. A one-day short hike, that you can start from Nagarkot or the Bhaktapur Durbar area. You can also choose to continue your hike to Nagarkot via telkot if you start your hike from the Nagar. The rural-urban, mixing villages, terraced fields, and the jungles always welcome you in your hike. Beside the flanking breeze.

Another thing that you could prepare in Changu is cycling. There are so many turns and twists in the way of Changu road. Just like the action of the snake’s motility. Hence, anyone with an adjoining adventure nature would love this trail.

Changu is a sweetheart when it comes to taste the typical newari food in the valley. People from possible places go there to have one gratifying lunch. Plus, they perceive the taste of local wine too while relishing the local food. There is also a Gurung village annexing the newar society.

Thus, you could have a diverse taste willingly than the newa item.

The Changu Narayan temple is the main allure of the place. Alongside that, there are several places where one can do sightseeing. The courtyard of the Changu Narayan Temple, museums on the way to the temple, and the forest.  They are the best means to explore the place. 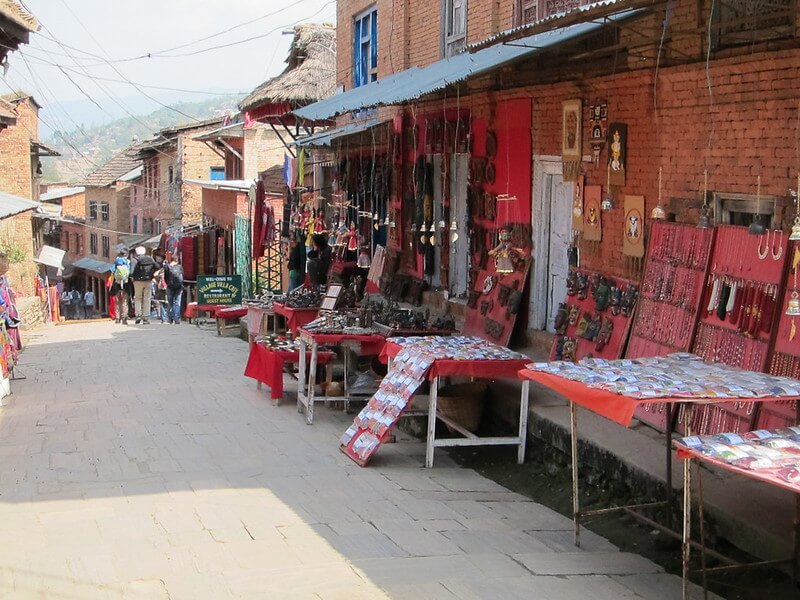 How to get there?

Indeed Changu is a hill capped place. So, if you think of a hike, you must walk for 2 to 3 hours from Bhaktapur Durbar Square. And, if you choose to be there without any physical effort, then you can choose to go by bus. There is direct bus access from Kathmandu (Bagbazaar) to Changu.

Or, you can book vehicles as per your choice. It is only 7 miles far from Kathmandu city. But, you must step steps to reach the temple, once you reach the bus stop of Changu.