Saki Mana punhi is one of the minor festive that is celebrated within the Kathmandu Valley. Yet, it has its own importance in the customary lifestyle of the newa people.

People living in different localities and places, celebrate it to respect the mother earth and convey thanks to her. However, this festival also seems more likely like an excuse to gather at one chowk or in a temple and play traditional music, under the light of a full moon. Isn’t it?

Yes, under the light of the full moon, listening to traditional music and bhajans, sometimes observing the battle between dhime and following musical instruments, roaming around temples to temples to take a glimpse of Halimali (images made out of the grains), and then having Prasada, this is how the whole evening of Saki Mana punhi is spent in Kathmandu Valley.

People celebrate Saki Mana Punhi within a small gathering of people. But, this does not define that it is celebrated within a specific place only. In spite of that, it is celebrated in the entire Kathmandu Valley. It’s just that they all celebrate it in their own specific localities, mostly in temples.

Generally, Saki means the roots of arum spinach and punhi means the full moon day. On the same date, people eat boiled arum roots along with sweet potato and fried grains. Possibly, that’s why the day is called Saki Mana Punhi which means a full moon day when the arum roots are boiled and then eaten.

The word Saki Mana Punhi is a word derived from the Newa culture. However, local people also prefer to call it Sakima punhi, and Sakimila punhi.

When is it celebrated?

Every year, Saki Mana Punhi is celebrated on the full moon day of Kartik (Oct/Nov) month according to the Nepalese calendar. Cause of that, it is also called the day of Kartik Purnima and Kachalathwa punhi too, upon a sense of celebrating it in the very first month of Nepal Sambat.

But, sometimes it could take place either quite early or late than the month of Kartik.

The importance of Saki Mana Punhi

Saki Mana punhi is one rarest festival that is still breathing in our society. The festival is widely considered as a respecting and thanksgiving festival. All the farmers humbly offer their harvest to mother earth and thanked her for taking care of them.

People also pay attendance to different Bauddha stupas and shrines like Swyambhunath, on Saki Mana punhi. As per Bajrayan Buddhism of the valley, the Tathagata Buddha, who once was mediating on the Nagarjuna mountain get up from meditation on the same day and sowed the lotus seeds in the valley, when the valley was just a lake.

Moreover, the day again also holds the procession of Shri Mahalaxmi in the Balambhu area.

Also, somewhere in the local darns, it is mentioned that the day further represents the Deepawali of the gods and goddess. Well, this might be just an anecdote but the day doesn’t end here.

The best part of the festival, Halimali Bwayegu which means exhibiting figure designs made by the fried grains. Isn’t it sound interesting?

Of course, it is.

That day, from each household, the fried grains, sweet potatoes, and arum roots are offered in the nearby temple. Thus, the same grains and other ingredients became the elements of art. Different communities made different kinds of figures. 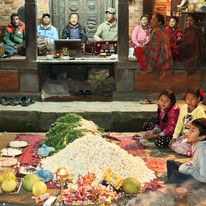 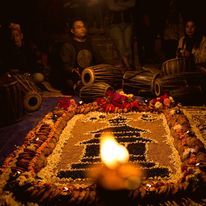 However, most of them beautifully ended up as the figure of different deities and sometimes the temples themselves. These things also define that the Newa culture has how much attachments in arts.

It is believed that the deed of doing halimali is about 300 years old. However, historians believed that it could be more ancient than this period of time.

Moreover, on the same day, one of the rarest musical instruments is also played i.e the Naubaja along with the bhajans. Bhajans are religious hymns. The members of Dapha Bhajans sings and plays it. You can simply roam around the Bhaktapur Nagar to witness these things.

And yes, the grains from which the figure is made are not wasted at all. It is given to the devotees who come after to the temple, does not matter if they are from their localities or not. But, you need to wait a little bit for this. 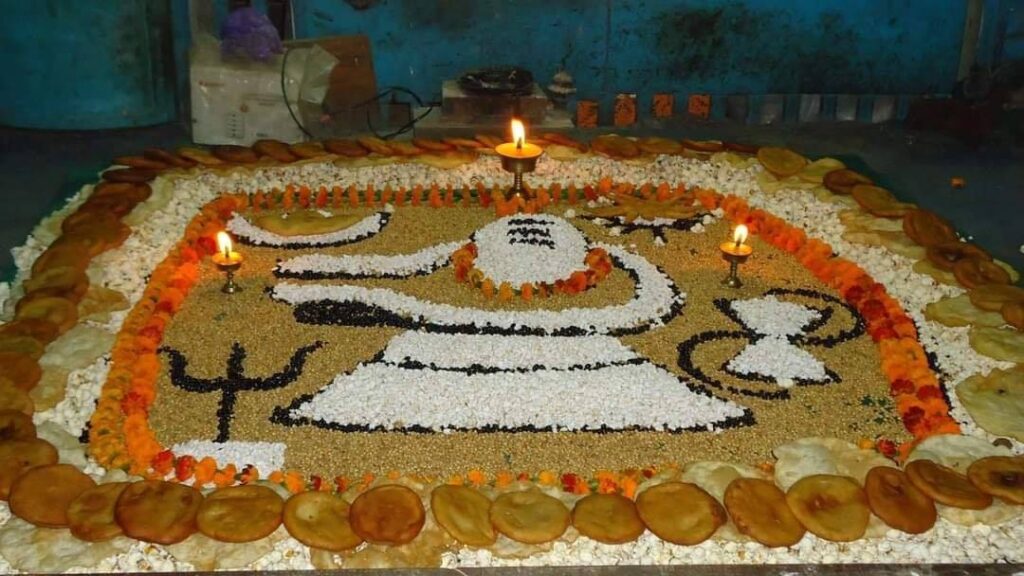 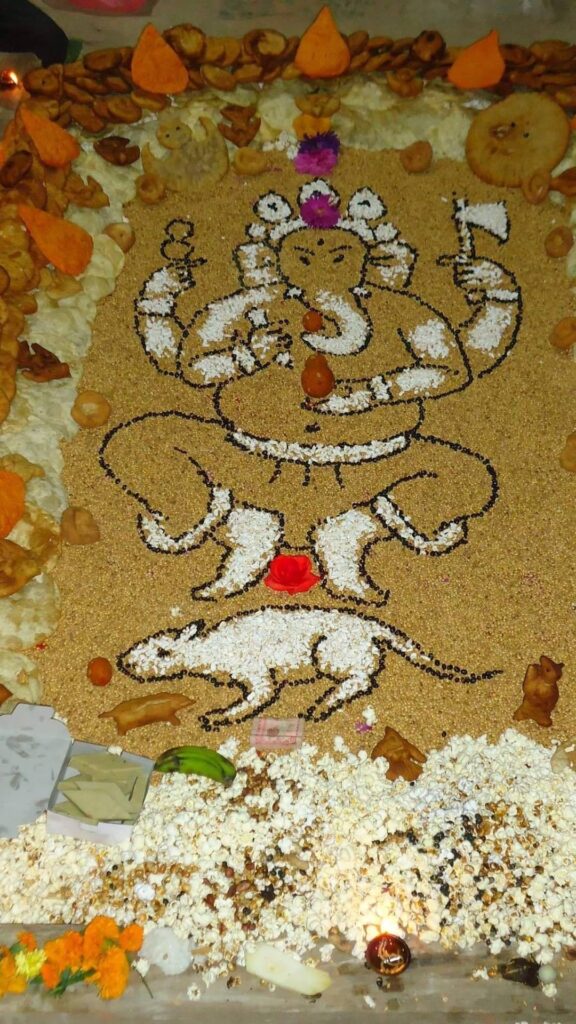 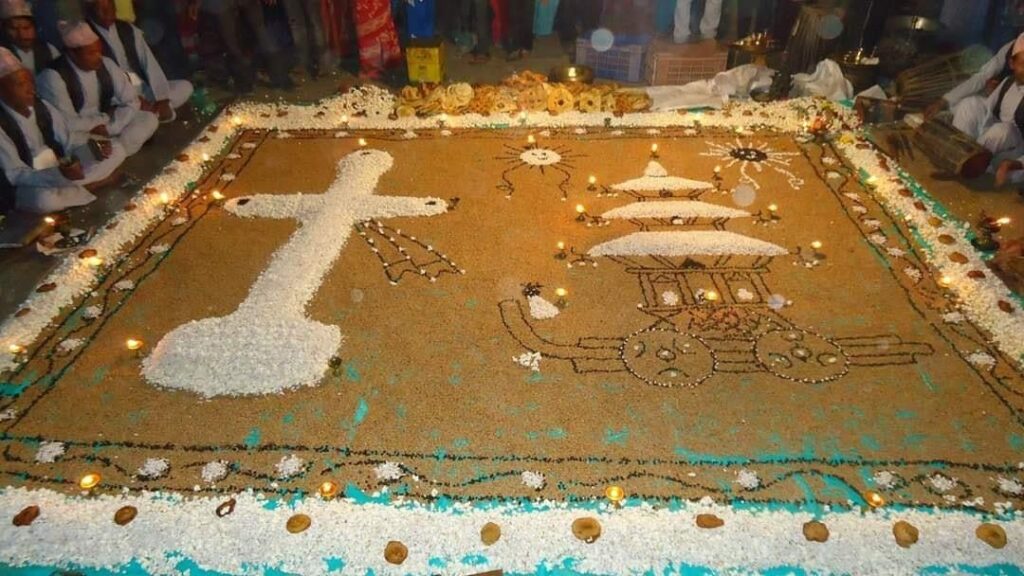 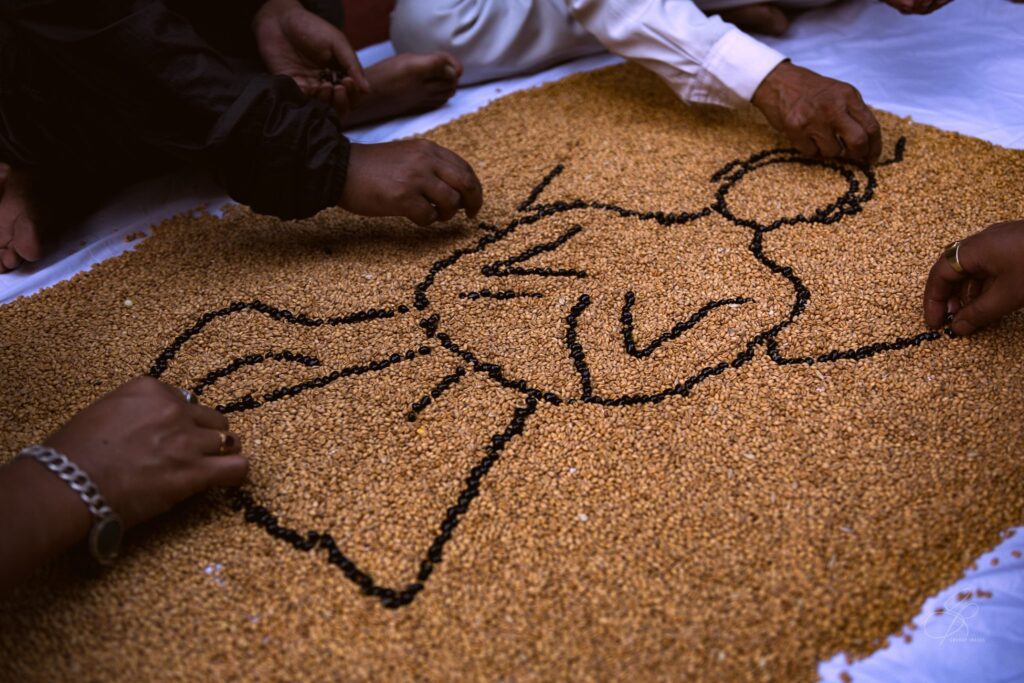